We have two awesome big release this July to August at whatpeopleplay exclusive!!
(Faster than others stores)

Just it's started special pre-release at whatpeopleplay.
You can listen to the releases too faster than others:-)

Please chech it out soon.

And spin their TUNES for this summer!!!!! 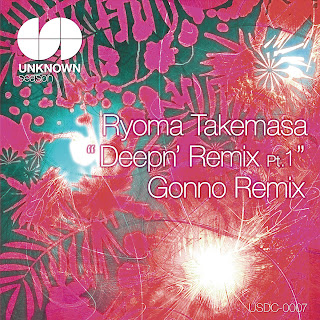 1."Deepn'(Takemacycle Default Sample Edit)”
There is always jazz funk, hip hop, disco and techno elements in his making deep house tracks.And dirty and beauty awesome sound parts collage and groove is there too.
This track is bad funky body music and dj friendly tune for weapon at peak time on dance floor.


2. Deepn’(Gonno Remix)
Japanese techno DJ Gonno changed the funky original groove track that it was dirty modern to the psychedelic and new funky groove of elegant oriental mad techno remix.
And it can find the elements of many music in the tune. 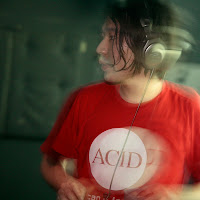 Gonno (WC /Merkur Schallplatten):
Gonno is without a doubt an integral part of the current wave of house and techno in Japan. His releases have not only appeared on reputable local labels but have also made their way humbly over to the continent.
Both his "Hammersmith EP" (Re-active Recordings) and acid house stormer "WC Succession EP" (Perc Trax) received extensive DJ support and Gonno has been proudly graced with the nod of approval from scene veterans/maestros/demi-gods Josh Wink and Laurent Garnier.
His 2008 12 inch EP "I Don't Need Competition", featuring a Donnacha Costello remix, was a hit on the review circuit (Groove, De:bug etc.) with one review going as far as proclaiming it "a new generation of Detroit Techno".
Gonno always manages to bring an acidy and melodic flavor to his DJ and live sets while still staying true to his house and techno roots. Without fail he draws clubbers in with eclectic sounds and the lost art of storytelling behind the decks/machines. As a result of his infectious sets he's played in Berlin every year since 2007 and has played at the likes of Bar25, Tape Club and Ritter Butzke.
In recent years Gonno has even turned his hand to game music production in the form of tracks for a little game called "Gran Turismo 5" while at the same time remaining productive on the club music front. Last year his 12 inch "MERKUR 3" (Merkur Schallplatten) delighted Japanese deep house DJs in spite of a very limited vinyl release.
Gonno's upcoming release, featuring the tantalizingly named track "ACDise #2", will drop in Autumn this year and is sure to raise the bar for his original melodic soundscapes in the future.
www.discogs.com/artist/Gonno
www.gonnosunao.com
www.myspace.com/gonnodetente
www.twitter.com/gonno_desu 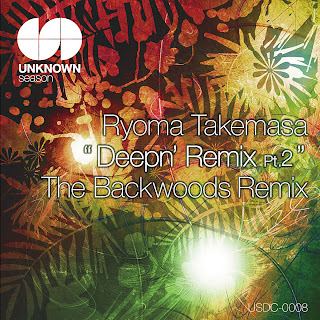 1. Deepn’(The Backwoods Remix)
The super mellow groovin’ remix that TheBackwoods aka DJ KENT of the FORCE OF NATURE renovated an original track's atmosphere. The most elegant modern BALEARIC Tune!! From RAVE party of the outdoor to the club of the indoor, it matches the sunrise time for all situation. This will be already classics tuneJ 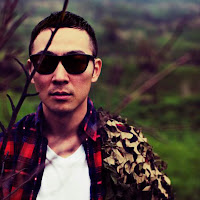 DJ KENT a.k.a. The Backwoods(FORCE OF NATURE):
DJ Kent is DJ/producers of Force of Nature (KZA&DJ KENT)  who are presently pioneering new techniques and concept of break beat. he is creating music using his huge collection of vinyl based on his background experience as hip-hop artists.
remix/produce for big artists in and outside of Japan,such as Ayumi Hamasaki,DJ Shadow,Five Deez,Brennan Green,D.C.P.R.G., HALCALI, Sly Mongoose, You the Rock,and Keiichi Sokabe.They collaborated as a DJ with many top DJ's who lead the dance music scene, such as DJ Carl Craig,Shadow, Recloose,Jay Dee, Slow Supreme, Rub n Tag, James Murphy,Andreas, Ayro, Prince thomas and Lindstorom,and etc. his original selections of music and a dramatic development held the audience spellbound at every night, and he climbed all the way up into the top of DJ's in Tokyo. Besides three original albums as Force of Nature, he has released a 12 inch single, "In the Bush", on Bear Entertainment (UK), and formed a unit called "Garalude" with musicians like Hiroshi Kawanabe and Noriyoshi Sasanuma. Both of men are attracting much attention.
He also produced music as Force of Nature with Nujabes, fat jon ,Tutchie and Afra for "Samurai Champloo," which is a Japanese animation directed by Shinichiro Watanabe who is known as a directer of "Cowboy Bebop" and "Animatrix." in this year 2010, He released "The Backwoods" album. The Backwoods is DJ KENT's new solo project. the songs from album are played by Francious.K, Eric.D, TBD and more DJs... He does a Japanese tour that extends it to 15 places. and Having finished a European tour to the success in November 2010.
http://forceofnature.jp/
http://ja-jp.facebook.com/kento.sasaki
www.myspace.com/thebackwoods2010

We listen to the awesome YABAI tracks already. 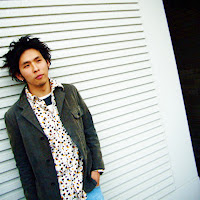 Ryoma Takemasa(Apostrophe) :
Ryoma Takemasa is Tokyo based producer/DJ. He spent his childhood in United States and absorbed different types of music. Especially he was influenced in hip hop. Magic of Sampling. After he came back to Japan he started his career as a hip hop dj but techno and house influenced him a lot. In 2005, he started produce own music and start label -Apostrophe- in 2007. He released first analog ep “The Overhousen Manifesto” in 2009 .
www.myspace.com/ryomatakemasa
http://soundcloud.com/ryoma-takemasa

Thanks this blog readers.